The Future Is Female: Encouraging Girl Leadership In Young Kids

Women in leadership roles are severely lacking as men are taught, at a very young age, that they are supposed to lead. Meanwhile, women are taught to be obedient. To curb this harmful stereotype, girl leadership is something that should be promoted more often to achieve true equality.

Even in the US government, the representative of its people, only 23.7% occupy the 535 sears in the United States Congress. This huge inequality among men and women members is reflected in almost every industry where even the women-dominated careers are still often lead by men. 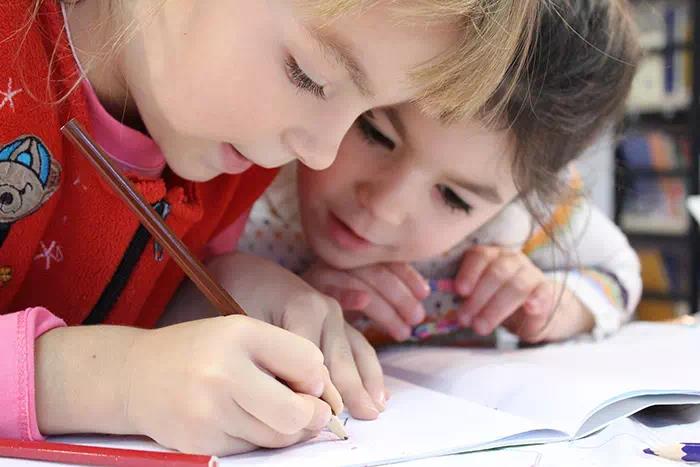 Gender is a complex matter for people who are used to the binary gender roles enforced by society. However, little kids are still trying to discover themselves overtime.

At this age, girls are beginning to be influenced by society’s pressure to keep them obedient and passive. Meanwhile, men are taught to be more aggressive and active. Boys start taking active roles, such as running for student councils, giving no room for girl leadership. Many factors contribute to this, but perhaps, the most notable one is the various gender-based marketing that kids are exposed to.

Pink is for girls, and blue is for boys—at least that’s what society forces on kids.

There is really no need to have a distinction on toys that each gender can play. In fact, gendered toys only came into the market around 1915. Only when manufacturers thought of the idea of selling multiple toys to wealthy families through gendered toys did the idea came to.

This is very similar to how women are influenced by razor companies to shave their bodies by creating women-specific razors. Gender-based marketing is a common tool for capitalists to earn more money by using the same product.

This gender-based marketing is, at best, useless, and at worse, harmful. While society encourages boys to take active roles, girls are forced to be more passive.

For children who are still trying to figure out who they are and what they want in life, many opportunities are passed up by prohibiting them from playing with certain toys that might spark their interest in their career later on in life.

Thankfully, this changed by the end of the 20th century, where the emergence of gender-neutral toys is rising. However, a lot of today’s toys are still marketed with a specific gender in mind.

How Do Gender Roles Affect Kids?

Gender stereotyping can develop in children early. Have you noticed how common it is for preschool children to draw doctors, firefighters, and pilots as male figures?

In fact, researches show that as early as four years old, kids have been shown to possess strong gender stereotypes.

The harmful effect comes later in life when these kids are persuaded to take on careers they do not like. For example, since women are seen as caring, they often go into nursing schools. On the other hand, most students in medicine are males.

But that’s not all. Since personality traits are being taught to kids at an early age, the way they act and seek opportunities is also changed when exposed to dangerous stereotypes. In the wrong hands, a girl who is active and a naturally born leader might become passive and too obedient when they grow up.

Each year, these stereotypes are being fought by the newer generation who want to take on career paths that do not adhere to the outdated gender roles. However, there’s still a huge number of male and female inequality that the fight might take a while.

Why Do We Need to Encourage Girl Leadership?

For years now, society is predominantly patriarchal. This leaves little to no space for women to be themselves.

Your daughters, even if they are not generally interested in a leadership career, should still be encouraged to be leaders. Aside from creating more space for women in the future, there are many reasons to encourage girl leadership.

The truth is, at the top of almost every career is the leadership position. Many men are executives and CEOs of large companies, with only 7.4% are women in the top 500 of Forbes’ CEO list. This means that many women in the industry never get the chance to reach the height of their careers.

The training to become the best in their careers start with their childhood. Since girls are encouraged to be more passive, they never develop the necessary skills to dominate their fields. 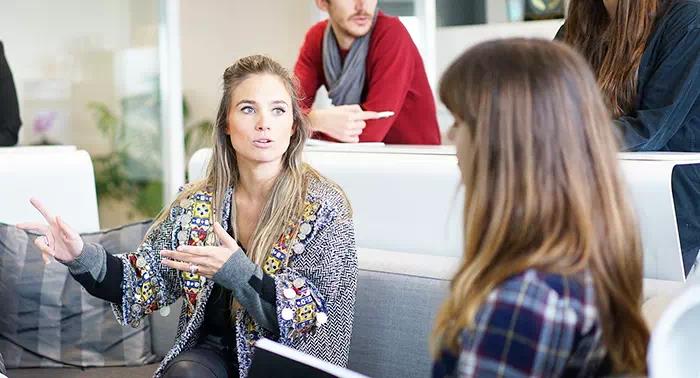 How to Encourage Girl Leadership

As parents, it is important that you break the barrier that prohibits your daughter to achieve their full potential. It’s challenging, even with the feminism movement in its full swing, because society has been so used to gender stereotyping that it is hard to unlearn everything wrong.

From the portrayal of characters in your kid’s favorite shows up to the books they read at school, you can see strong enforcement of gender roles. But it doesn’t mean that you can do nothing about it. In fact, as a parent, you have the strongest influence on ensuring that your kids do not grow up with an outdated kind of thinking.

The advice to let your kids choose is not limited to the toys or clothes they buy. Even their dream job when they grow up should solely be about what they’re interested about. Try to encourage your kids to explore their hobbies. They are in the process of learning all about themselves. This process will be a thousand times better without the pressure of gender stereotyping prohibiting them from doing what they actually enjoy doing.

You do not necessarily have to buy gender-neutral toys, although they can be of great help in removing the enforced stereotype of “boys are blue, and girls are pink.” But if your daughter wants to buy a robot or your son wants a doll, let them have it. 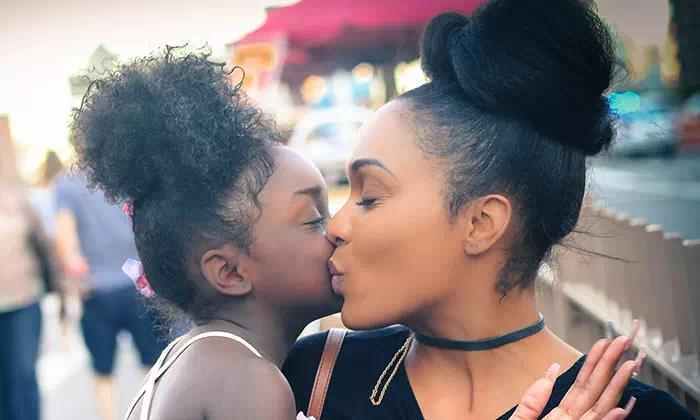 Gender stereotypes can be found everywhere, even in your kid’s storybooks. Research by Christine Nebbia shows that almost every character in popular storybooks has a male lead character. While there are still children books with female characters, they are often portrayed as weak, passive, and incapable. Male leads, on the other hand, are shown to be active, independent, and competent.

Being exposed to heroines that your daughters can look up to is important, and the lack of strong female characters that break gender roles in storybooks are lacking. You should find books such as women astronauts who are active and give your young daughters the lesson to reach for the stars. There are more books that challenge gender roles here to teach your daughters to go after what they want.

While you can build a home that encourages gender equality, your kids still need to go out into the real world where gender stereotypes might influence them. It’s inevitable that someone gives them a harmful gender role. If you notice any signs of this, correct your kids immediately.

Explain to them in a calming manner why it’s bad behavior. Be sure to educate your kids, so they understand the concept much better.

If you were with your kid when you witnessed gender stereotyping, point it out immediately. There’s a lot of gender inequality in the media we consume. Sometimes, stereotypes can exist even in the happy, lighthearted tone of kid’s movies.

You might think that it is too early to teach your kids such complex ideas, but in reality, kids are more perceptive than we thought. As mentioned before, they are already aware of the differences between girls and boys at the tender age of two. There is no harm in helping them to understand this concept better. 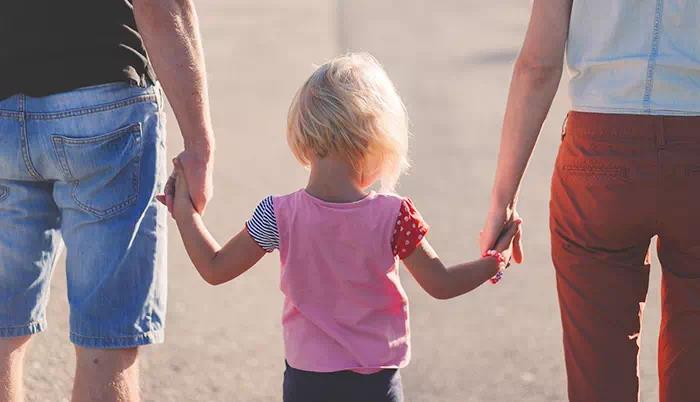 Surround Your Kids with The Right People

Kids are still learning about the world, and they are looking for older people for lessons. Therefore, you should avoid misogynistic people from hanging out with your kids.

It might be challenging, especially if that misogynistic person is a family, and they don’t necessarily mean harm. Sometimes, it’s the way they were raised, and it isn’t easy to correct them. In this case, make sure that you are always present whenever they are hanging out with your kids so that you can listen to everything they are saying.

We cannot achieve equality without addressing the inequalities first. Build your daughter’s leadership skills and self-confidence. Don’t let your boys get away with everything. Ensure that every decision you make for your kids challenges the harmful stereotypes that might make their lives difficult when they grow older.

Your parenting style should revolve around equality. While you continuously unlearn gender stereotypes, you can show your kids how much better the world will be if we are not locked up in society’s expectations. 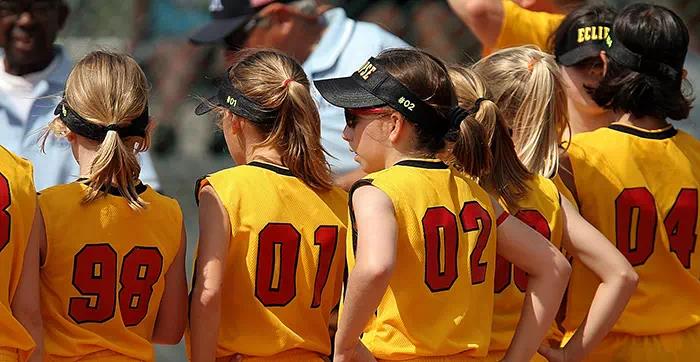 Enroll Your Kids in the Right Schools

Your children’s school serves as their second home. They have a huge impact on your kid’s development. Researching about the schools before enrolling can give you a lot of information about how they conduct their classes.

Generally, here are a few things you would want in a kid’s school:

· A library filled with books that challenge gender roles

· School staff who understands the harmful effect of gender stereotypes

· Using workbooks that do not enforce gender roles

You can visit the school to have your questions answered. Alternatively, you can also talk to other parents who share the same sentiments as you. By communicating with them, you can have a general idea of how the experience would be. 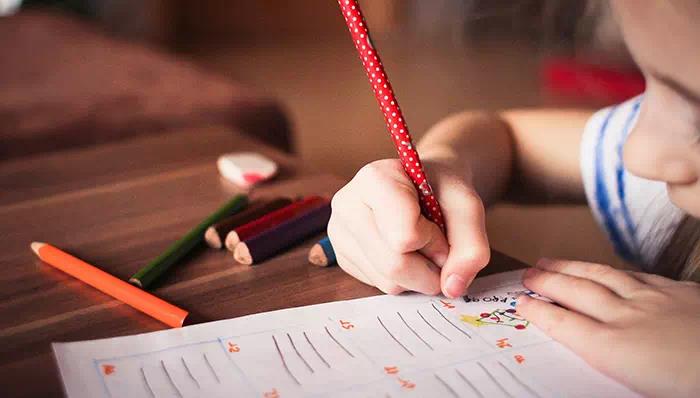 Check Your Own Biases

Before you even start creating a safe space for your kids to avoid gender stereotyping, you should check yourself first. Since most of us grew up in a society where gender inequality had been the norm for a long time, there are behaviors that we are still trying to undo with ourselves.

There are small things that we do not think of anymore but might still enforce gender roles. If you want to avoid passing down such harmful ideas to your kids, you must continuously learn about gender equality so that you can adjust your own set of beliefs.

By being your kid’s role model, they can see someone actively fighting against the stereotypes. Who knows, maybe your kids will choose you as their heroine to aspire to. 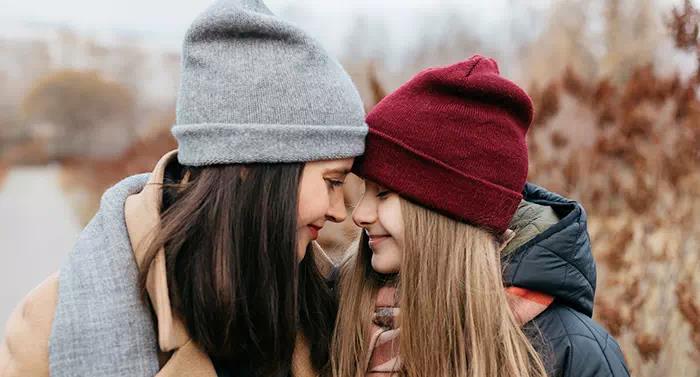 The Future Is Female

The way your kids are raised will have a huge impact on their lives. Your parenting style will serve as their blueprint for their own beliefs and stance as they grow up. The potential of girl leadership can be seen in how countries handle the pandemic. Forbes released an article detailing how countries with the best corona virus responses happen to have female leaders.

Imagine a society where every career path has space for women and absolutely no space for gender stereotypes. You can help create that future by taking this one step of improving gender equality and promoting girl leadership through simple things such as storybooks and gender-neutral toys.